Croatians have a serious cigarette habit. Figures indicate that some 27% of the population has a puffing problem with the attendant health ramifications (lung cancer, cardiovascular disease etc.). Considering the average salary in Croatia, cigarettes are comparatively expensive which hasnt brought down the smoking rate but has encouraged a thriving trade in smuggled cigarettes.

If money cant convince them to stub it out, a new law certainly will. Although smoking in many public places has been restricted for a few years, starting at the end of 2008, there was no a law prohibiting all in public places, including bars and cafes. An outcry ensued from bar owners and toward the end of 2009 the law was modified to allow bar owners more discretion. (See the details here) and a grace period. As it stands now, all bars larger than 50 sq m must have a separate non-smoking section and those smaller than 50 sq m must install a ventilation system. That may not satisfy those concerned about passive smoking but it appeases the hospitality industry to some extent. 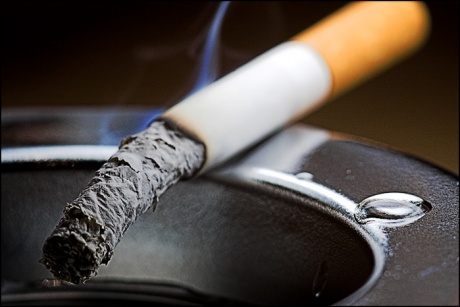 Smoking on Croatian ferries is restricted to a smoking lounge, on Croatian trains there are smoking cars and Croatian planes are, of course, smoke-free.