It is one of the most amazing places of Krk island and is called the most valuable tourist center of the island. It is noted for one of the oldest and significant European cultures. Thanks to its significant cultural heritage the resort can be considered one of the most attractive places in Croatian Adriatic and the whole Europe. It is often mentioned is history and literature. You can remember historical center of the town, reminders of roman settlers, churches, religious monuments, cathedrals and museums. 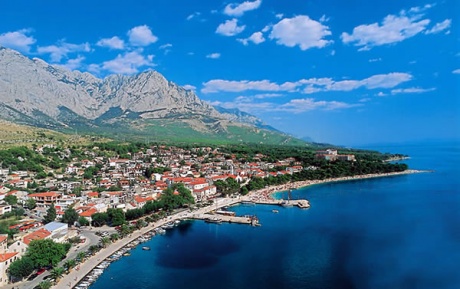 The resort is surrounded with various shingle beaches and forests. It is placed in the heart of Riviera, in one of the most attractive parts of Adriatic.

Baska Voda used to be a small village were the majority of population was fishers, merchants and farmers. Nowadays it is one of the most famous resorts. It is locates near the Bokovo Mountains covered with pines, olives and vinery. It is one of the most popular resorts of Makara Riviera. Tidy streets, shingle beaches and pines are the factors that form the landmark of the town. It was mentioned for the first time in the 18th century when the locals settled here after having escaped mastery of the Turks. Tourists can visit the Church of St. Nicolas (the 19th century) and the baroque Church of St. Lovro. 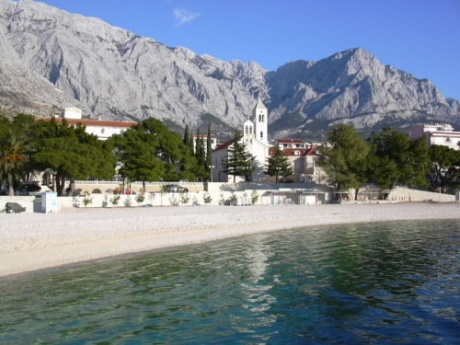 Simple but surprisingly tasty dishes are everywhere here. Among them are salamis, vegetable stews «manistra», turkey breasts груди, stuffed pickled vegetables, turkey with blins, double-cake «burek» stuffed with meat. Local restaurant «Arka» deserves special praising. It is located at the end of Brela quay. All seafood and fish served to its visitors are really second to nothing. Some of the most delicious dishes are: grilled grouper, grilles mussels with tomato sauce. All dishes will really amaze you. 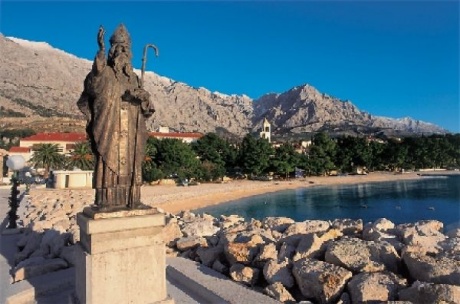 Baska Voda is one of the most popular resorts in Croatia. It is noted for hospitability of its citizens, the clearest sea, beautiful shingle beaches and variety of restaurants, bars and stores.

Tradition souvenirs from Baska are jasey items, ceramics and fancywork. Silk ties (created in Croatia), lacework from Pag Island, and the tastiest cheese paski» marinated in olive oil for half a year, are highly popular.

Service is unobtrusive – you can calmly examine the products without being attacked by merchants with their usual question «What does pani want?». From 2 to 5 p.m., when sun shines especially hard, most of the stores close for siesta – the afternoon break. 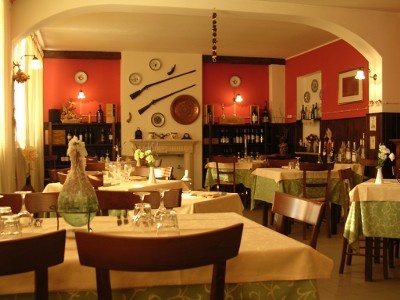