Zadar is an amazing town located in the north Dolmatia. The best place to start looking around is the old center of Zadar. Just a few meters from boat harbor Fosha there is the Town Gate built in 1543 and designed by Michele Sanmicheli. It is built as an ancient Roman triumphal arch. It is a real work of Renaissance architectural art. The Gate is decorated by images on Venetian winged lion and the town emblem of Zadar. 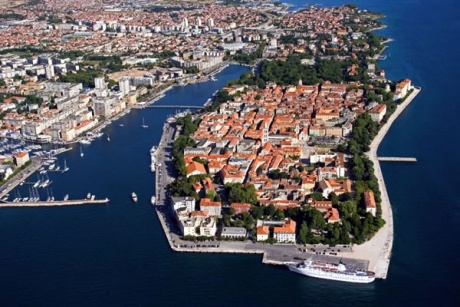 Behind the Gate begins the Andriy Medulic street which turns to a little square with roman columns. This is the peter Zoranic Square. Near it there is the Five Wells Square which was renovated in 1998. From here you can see the St. Simeon’s Church, Its oldest part was constructed in the 14th century, and nowadays a unique collection of pieces of art is kept here. Two bronze angels above the altar hold a heavy sarcophagus of St. Simeon jacketed with sheet silver. It weighs about 250 kilos. 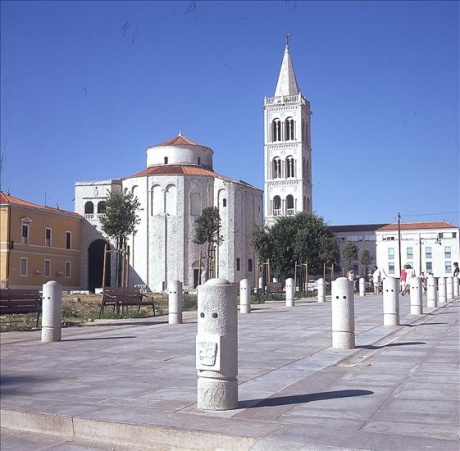 Center of the town is the People’s square, the building of town guard is situated here. The town outskirts were controlled from here and if enemies were spotted, the citizens were signalized. The Ethnographical Museum where you can lose yourself in the medieval time is open Monday through Saturday from 9 a.m. to 1 p.m. There is one more really amazing Tudor building in this square. Siroka street full of stores and shops spreads to the West towards the Archeological museum which is open from 9 a.m. to 1 p.m. and from 6 p.m. to 8.30 p.m. There are more than 80 thousands of showpieces here – weapons, earthenware, jewelry, sculptures, tombstones. All of them show you two thousand years of Zadar’s history. 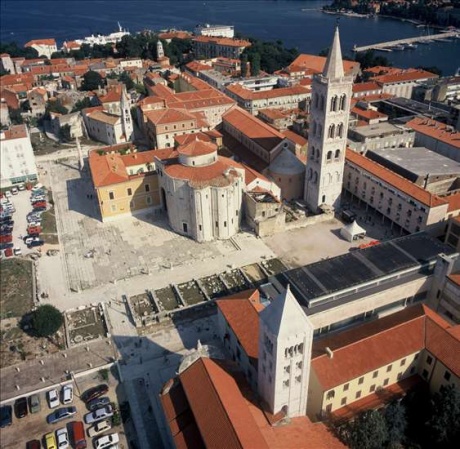 The St. Mary Church (Crkva Sv. Marije) used to be owned by the monastery of benedictions. Here-aisled basilica was rearranged many times since 1901. Interior design is late baroque. The Hungarian King Coloman ordered building the bell-tower in Romanesque style. The monastery and church were heavily affected by the World War II. There is the Museum of Church Art in the monastery, which allows its visitors to see a great collection of church paintings and jewelry. Static exhibition «Gold and Silver of Zadar» is also presented. 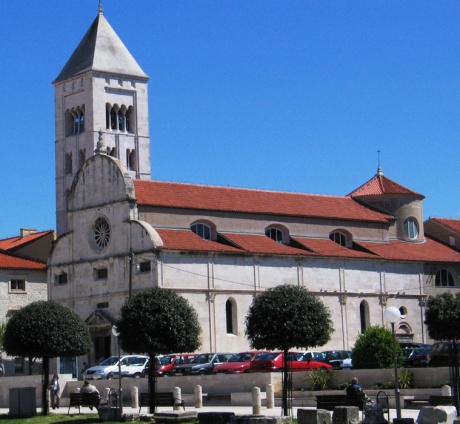 Triapsal domed St. Donatus Church is one of the best representatives of Romanesque architecture in Dolmatia. A legend says that Bishop Donatus who of then traveled around Europe and was acquainted with the Romanesque style. He was the one who offered to make lots of niches inside and outside the building. The romano-gothic Bishop’s palace is also near. The important components of Zadar’s culture are Music evenings in St. Donatus Church (held from July to the beginning of August) during which baroque and renaissance music is heard here.

Like many other buildings in Zadar, the Churches (including this one) were constructed using stones of ruins of nearby ancient roman buildings. That’s why not so many buildings of the Rome Forum survived till today. You can only see ruins of public buildings, temples, columns with various capitals. 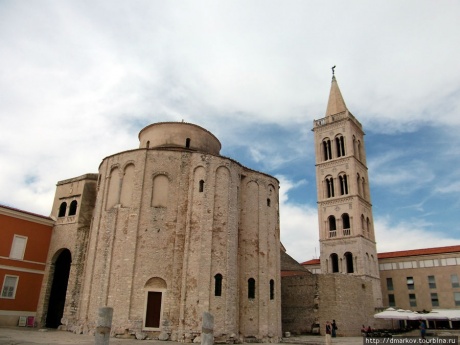 From St. Donatus Church across the marketplace to the Sea Gate

The bell-tower of St. Anastasia’s Cathedral (the 12th-14th century) is located near the St. Donatus Church. Then we pass through the late-romanesque central portal to the middle pace with an altar and see that the portal entry is blocked by a massive wooden door. In the northern part of this temple there is a stone tomb containing the hallows of St. Anastasia. The cathedral which imitates Romanesque was being built during the 15th to 17th century. 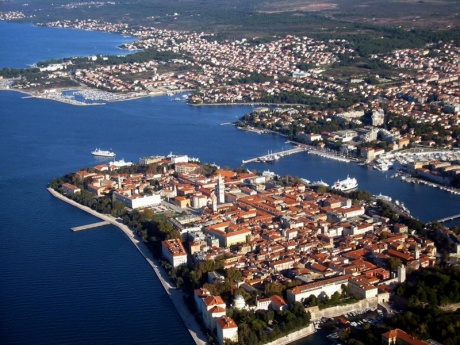 There is one more architectural work of art in the Church of St. Crsevan which was built in the 10th century but expanded and reconstructed 200 years later. The church apses and facades are great examples of Romanesque architecture. The basilica is divided between three paces by rows of columns, domes and arches. The baroque altar is surrounded by four saint protectors (St. Crsevan, Anastasia, Simeon, Zoil). Through the Sea Gate (the 16th century) we leave the historical center of Zadar and see the sea quay.