Solta Island is only 3 kilometers wide and 19 kilometers long. The shore perimeter is 60 kilometers long. Flora of the island strikes with its variety and opposite to the scenic western coast with beautiful beaches you can see small cliffy islands sticking out of the water. 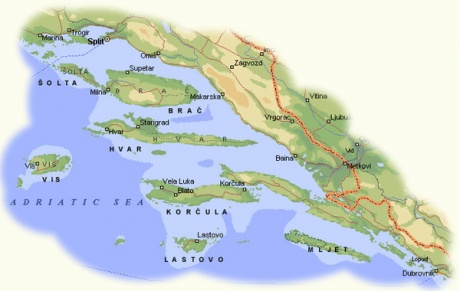 Vallis Surda (one of the biggest bays of the island) and the bays Maslinica, Piskera and Tiha surrounding it attract tourists with its sea excursions. One of the first visitors who were fascinated by the beauty of the bays was the father of Croatian literature Marco Parulic, and the poet and writer Petar Hektorovic. The Roman Emperor Diocletian had a personal pond in Solta, grew fish in it and thought that the sea around the island is the best in the Adriatic. The oldest harbor of the island called Rogac was populated in the 16th century. 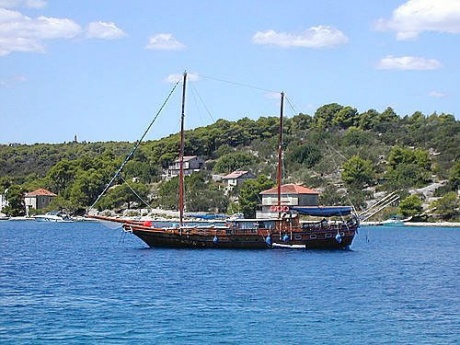 Actually, the archeological findings demonstrate that the peoples of the ancient world were the first settlers in Solta. In the Pisker Bay scientists found ruins of a Roman administration building and in the area around it they excavated pieces of coins, ceramics and old tombs. In the water you can see ruins of walls with which Diocletian circled the Necujam Bay. You can have a look at ruins of a roman cemetery near the Supetar Bay. 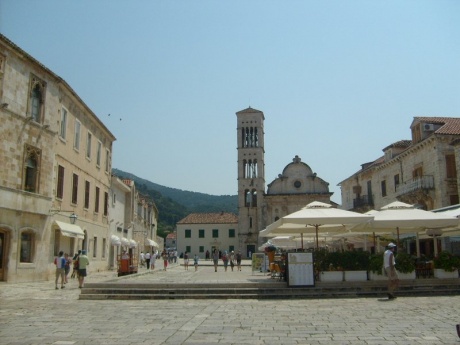 To get to Split from Solta you only have to take a 20-minute catamaran ride. In summer there is also a ferry cruising down the same route (it only takes 40 minutes).