That is the most western city in Croatia, it is situated in the most western part of Istria. Umag is connected with the biggest cities of Croatia via bus communication, as well as with Slovenia and Italy. There is a highway along the seaside in the direction of Pula, Porec and Rovin. The population of the town is multinational: Croats, Italians, Serbs, Slovenians, Bosnians, Albanians, there is a part of population that names itself Istrians. In Umag and suburbs two official languages are recognized, Croatian and Italian. 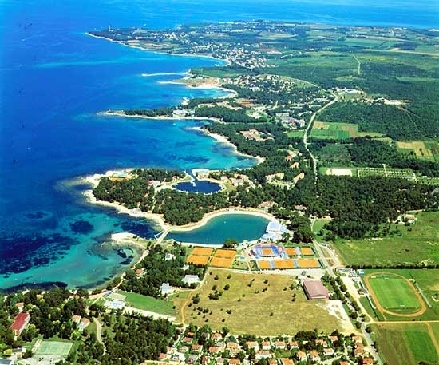 There are less historical monuments in Umag than in Porec and Rovin, the tourists are attacted mainly by the comfortable hotels and modern beaches. Umag is famous for the tennis center of the world level, there is a tennis stadium in the city that can seat 3200 spactators. Every year ATP 250 tournament “Croatia Open Umag” is held in the city. The base of the city economy is tourism, wine-growing and olive-growing don’t take here the last positions, are also of great importance. There are food industry, wine-making, fishing. 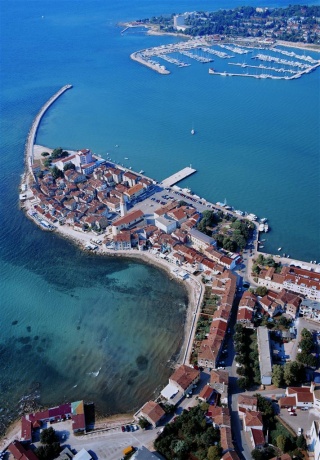 Undoubtedly Umag existed in the times of Roman Empire, the first written mention is dated back in VII century when the city was under the Byzantine control. After Byzantine ego Francs came, and just after that the locals could come to power. Growing might of the Venetian Republic led to that Istria and Umag eventually entered the Venetian republic in 1269, Venice was dominant here during 500 years. In that period the city suffered from war actions between Venice and Genoa.

In 1797 when the Venetian Republic fell apart Umag was attached to Astria, in 1805-1813 it was controlled by Napoleon’s army, but after that it was again under the Austrian Crown. After the World War I all the Dalmatia except Istria entered the Kingdom of Serbs, Croats and Slovenians, later called Yugoslavia, while Umag and Istria were under the Italian power. 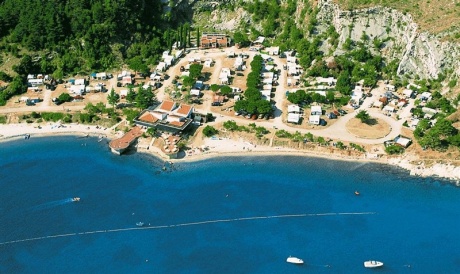 The history full of different events influenced the architecture of Umag, although the buildings of ancient times and middle ages were not saved in the course of the time.

However, in the old city some of the historical monuments remained - Venetian villa, castle walls and narrow picturesque streets. West Tower did almost survive (one of the oldest towers of Umag) - now it is the City Museum, where you can look at the collection found during the excavations of archaeological treasures. 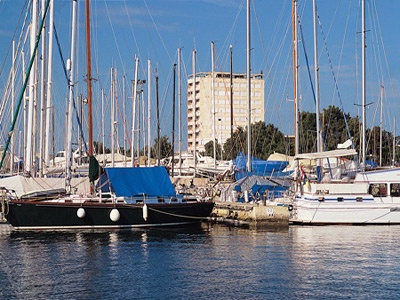 The main attraction of the city is built in the 1514, Church of the Holy Rock. The church of St. Peregrine is also noteworthy, that is a small ancient temple built by the townspeople near Umag on cape Rosatso. The oldest lighthouse on the Adriatic called Savudrija is built in this city in 1818. The light source is located at the hight of 36 meters, can be seen from a distance of 32 kilometers. According to the legend, this building is dedicated to the love story of Count Matternih: despite being in a marriage, the Count fell in love with a local girl and built in her honour this lighthouse.
The remains of an ancient fort Sipar (V cent.) can be seen at low tide near Umag - a cape of two-hundred meter length and fifty-meter width, consisting of piles of stones. 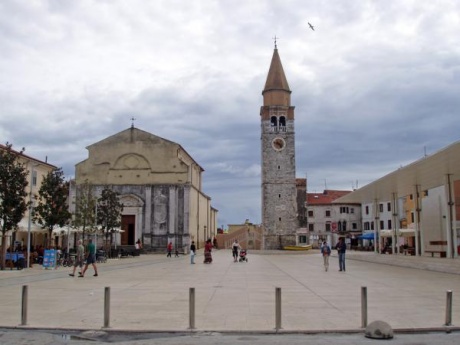 Sipar existed here in Roman times - proof of this are the remains of the foundations of villas and houses, as well as ancient mosaics, coins and household items, but in the year 876 Sipar was completely looted and destroyed by the pirates, led by Pan Domagoj. Nowadays this cape has become a favourite place for nudists.
The real diving paradise is villa Tiola. On its walls the rich mosaic and fresco decorations are still preserved. The remains of a long pier protruding from the sea not far from the villa and located near the fragments of the huge buildings connected to another villa.