Cres, just like Krk, is the biggest island of Croatia. It is difficult to define which of them is the biggest because the have almost the same area of 405 square kilometers and due to highly creeky coast which constantly changes thus making defining the biggest a hard task. According to the data provided by the Central bureau of statistics of Croatia the two island have the same area of 405 square kilometers but different outlines and, consequently, parameters – Cres is stretched from the north to the south and is 66 kilometers long (from 2 to 12 kilometers in different parts of it). The highest peak of Cres is the Gorice Mountain which rises 648 meters above the sea level. 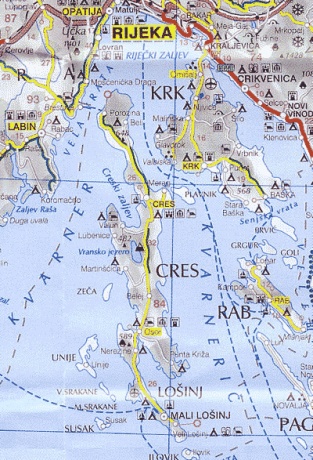 Cres, together with Istria, Krk, Pag and Rab islands, is a part of the Kvarner archipelago. Regular ferries will help you to get to Istria. An underground bridge connects Cres to Losinj Island. Cres and Losinj used to be a united island, but then they were derived by a flume which is only 11 meter wide.

According to data collected in 2001 the population of Cres was 3184 citizens, 90% of which lived in the town of Cres located in central part of the island. Towns of Merag and Osor are also located on the Cress Island. Cres, like other Adriatic islands, attracts lots of tourists that can see many sights here every year. 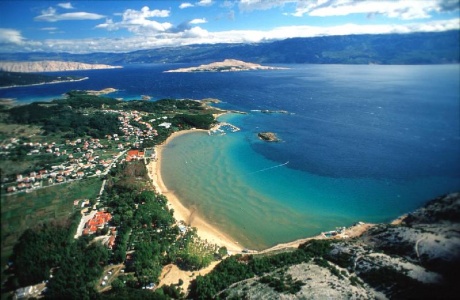 History of Cres left such monuments like the Triple Gate at the entrance of the old town, Town Hall (the 16th century) where the Lapidarium Museum is situated with its ancient artifacts and the Valun plate which are the oldest monuments of the Glagolitic writing, franciscan monastery and benedictian monastery with its static exhibition of ancient paintings. You should also visit the Arsan-Patris Palace (the 15th century) where the town museum exhibiting the archeological findings is situated.

Vransko jezero located in the center of the island near the Vrana village deserves special attention. This scenic freshwater habitat is 70 meters deep and serves as an important source of drinking water for the citizens of Cres and other nearby islands. 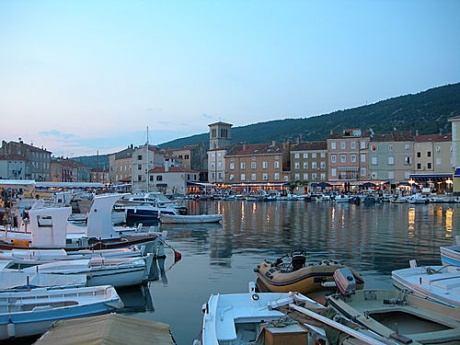 One of the first settlements of the island – Lubenice – is built on the cliff rising 400 meters above the sea level. You can have a look at the Church of St. Antoine (the 15th century) and in summer you should visit the local classical music concert.

In Osor which used to be an important Adriatic trade center in the Medieval you can find the bishop’s palace and a wonderful cathedral (the 15th century, both). Osor is also famous for the classical music festival held here every year.