This is the biggest island in country and is located in Kvarner bay (north of Coratia) near the Dalmatian coast. Krk is separated from the continent by the sea and connected to it by the Marshall Bridge which is one of the biggest bridges in the world. Nevertheless sea connection of Krk to neighboring islands is organized well and there is also an airport here. 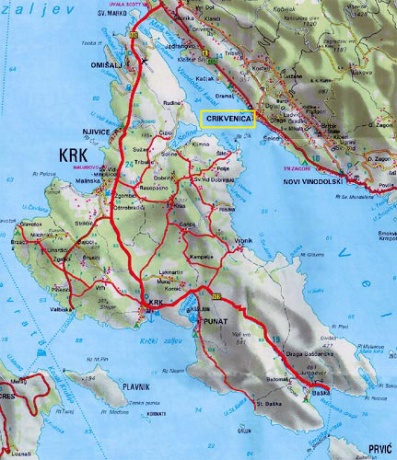 Krk is sometimes called the pearl of Croatian islands or the sunny island. Thick forests intersperse with cliffy locations here and grapes and olive plantations are everywhere here. Mild climate which is typical of almost the whole Mediterranean and the beautiful sand-shingle beach in Baska Voda are the ideal places for rest.

This island has always been considered to be one of the major cultural centers of Croatia. This is where the famous Baska tablet, on which the grant of Croatian King Zvonimir was incused in Glagolitic alphabet, was found. This document is one of the first written sources where the Croatians are mentioned. 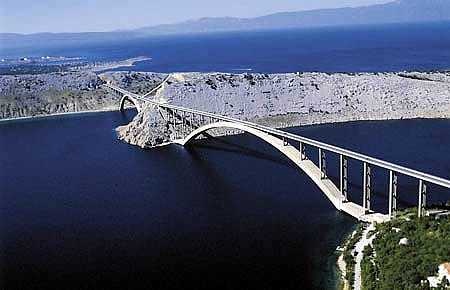 Besides, the tablet is one of the oldest monuments of Glagolitic alphabet. You can also see the examples of Roman mosaics, ancient Greek monuments, paintings of Venetian artists, old Croatian churches. The Town hall built by the Venetians, building of municipal council and a well with beautiful stone finishing are located where the old roman Forum used to be. The cathedral (the 12th century) with Roman columns is also worth seeing. 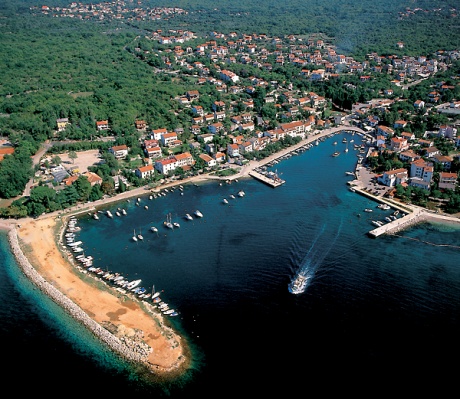 Resorts of the Krk island will not let you get bored: volleyball, tennis and basketball courts, everything that you need to do water sports will surely satisfy the most sophisticated tourist. Restaurants, various cafes and bars will serve the best national dishes that any foodie will love.