This is one of the western islands of the Kvarner archipelago connected to the Cres Island with a leaf bridge and a flume. Lush Mediterranean vegetation and mild climate together with efforts of the locals made Losinj a wonderful place. Climatic resort towns – Veli-Losinj and Mali-Losinj – are located here. 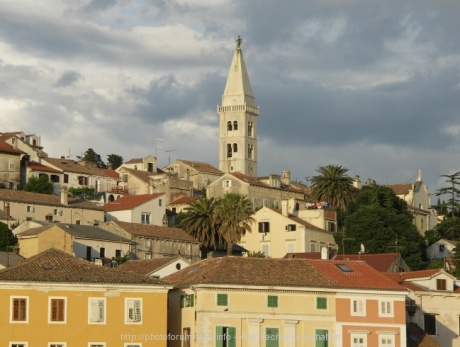 This island was populated in the Neolithic Age which is proved by various archeological findings from the bottom of the Osorscica Hill. Ancient ruins of Roman villas were found in some places here. In early medieval the island was not populated and was formally the property of grand people of Osor who lived on the neighboring island Cres. 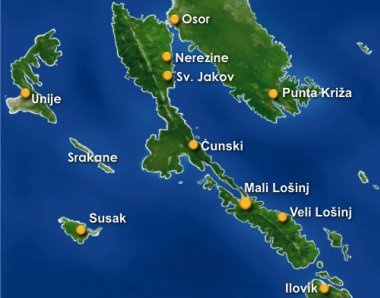 First settlements in Losinj are dated 1280 and the name of the town was mentioned in 1384. In 1398 towns of Mali-Losinj and Veli-Losinj were mentioned. In 1389 these settlements received the right of self-administration and became the trade and shipbuilding centers of Croatia in short time. After the collapse of the Venetian Empire the island became to Austria, and then from 1918 to 1943 it was ruled by Italy. Only in 1945 it became the property of communist Yugoslavia.

The oldest and full of impression place for tourists here is called Cikat. Here, in the shadow of hundreds-year-old pines modern villas and hotels,that were built on the pattern of villas in Monte Carlo, designed for visits of European elite are located.