Nowadays Rieka is the biggest town in Croatia, prosperous commercial port and transportation center. This town is also famous by its transportation bonds with Austria and Italy. The railroad built here in 1845 and connecting Rijeka with Budapest provided the first access to see for Hungary. Some sights which just must be visited that should be pointed out are pedestrian zone Korzo and local amazing marketplace. The pedestrian zone crossed the central part of the town and stretches to Ricina River which served as a border between Yugoslavia and Italy during World War II. 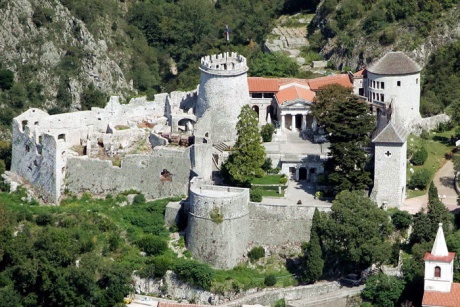 You can get to the Old town – the historical part of Rijeka – having passed the aisle of the Town tower, the pediment of which is decorated with the images of Austrian emperors – Karl VI and Leopold I. The oldest landmark is the Town Gate which was built in the classical times.

You should visit, besides other things, Trsat Castle which is built on the hill of the same name, at the height of 139 meters. The hill is the highest point in Riekka, you can join the view of the town panorama. You can learn interesting historical facts about town and also do sports by going 538 steps up the hill. The castle was built in the 13th century and rebuilt in the neo-gothic style in the 19th century at General Laval Nugent’s request who bought this castle in 1826. Temple of Madonna of Trsat and Franciscan Monastery also survived here. 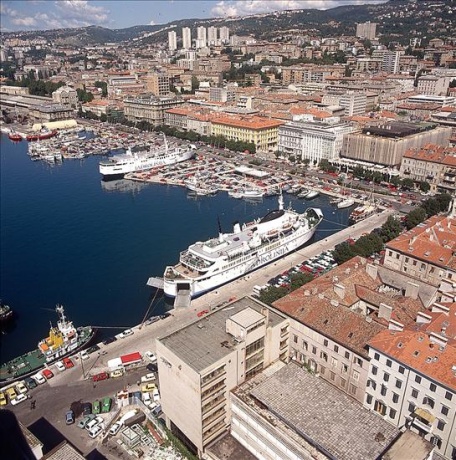 Rijeka was mentioned in the 13th century of the first time. It was founded in the place where ancient settlement of Tarsatik was (from I century BC to AD 13 century). The meaning of Italian and Croatian names of the town Fiume and Riekka is «river». In 1466 Rijeka joins the Gasburgs Empire and it became the reason for war with Venice. As a result the town was almost completely destroyed in 1509. In the 16th century it received the status if autonomy and became a free port in 1719. During the reign of Maria Theresia Rijeka it unites in to a subnational entity with a part of Croatian Seaside in 1776. It has been reigned by civil administration of Croatia in 1822. The citizens of Rijeka back up Hungarian liberation movement in 1848 which let to appointment of Josipu Elachich from Hungary to a post of the governor. 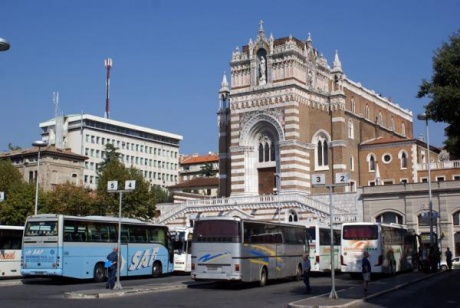 Just like any other place in Croatia, Rijeka can strike tourists with its contrast – old churches and architectural monuments combine with cafes, boats, ships, yachts and other popular floatation devices. The main peculiarity of Rijeka is amazing cordiality and hospitality of the locals.

It is better to begin your journey around Rijeka in the center of the town – Korzo. It is quite a small but really colorific pedestrian street in the center of which the Town Tower with old clock is located. The tower is an important symbol and honor of the town. The town is depicted on almost all post cards, sprays and other souvenirs which are sold to tourists by thousands in the town. 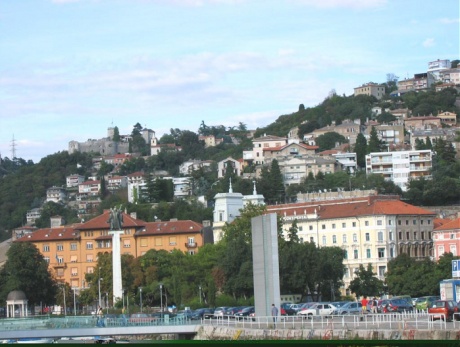 The Town Tower was built in the 13th century but almost completely rebuilt in the 18th century. In dark ages the tower became a part of the Town Gate which led to the port. To the left of the tower you can see ruins of the gate which used to be a fragment of strong fortress wall defending the town. One more place worth visiting is the Trsat Fortress – the castle built in the 13th century on the hill of the same name from where opens a wonderful view of the town panorama. 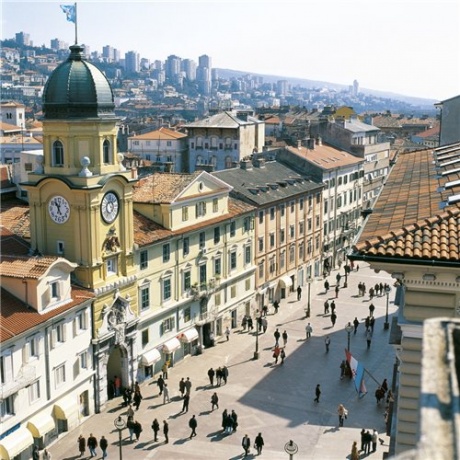 Rijeka is dynamically developing. Different types of entertainment, including night ones, are constantly expanding here. You will find lots of night clubs, bars, cafes and discos – amazing variety of entertainment for tourists who want to have fun. For example a wonderful café-bar El Rio should be mentioned. Its arched ceiling and walls attract tourist at both day and night time.

For example, twice a week you can visit the Jazz Tunnel café where jam session is held and the jazz festival which is popular for tourists from different countries is held. Café-bar Nina 2 which is located in two levels of a restored ship. At day you can have a cup of coffee and enjoy the sea beauty here. At night disco and R&B lovers love to dance here.

The carnival is a demanded and popular event in Rijeka. The locals start preparing to it a year before it begins. They prepare different unusual costumes, masks, organize concerts and sport events. A lot of food and drinks is provided. 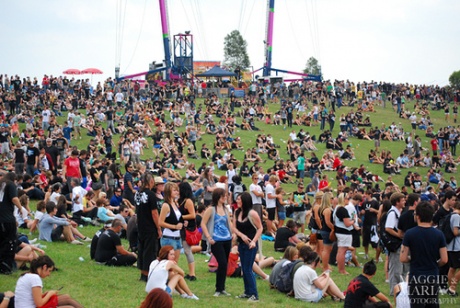 Numerous restaurants of Rijeka allow you to feel the atmosphere of the town better and try classical dishes of fish and meat. One of the best restaurants is Blato. Arca Fiumana restaurant is decorated as an ancient boat, you can enjoy the traditional cuisine of Krk Island (fish dishes) here at fair price. Charlies Bar offers its visitors to have a meal in a square enjoying beauty of a fountain. It is popular both at day and night. Girica restaurant in the outskirts of Rijeka is a perfect place if you want to have dinner with your family. They sever marvelous dishes, including fish ones, at good price here. By the beach the is an interesting restaurant called Konoba Borik, where you can order home cuisine dishes and aromatic wine and enjoy the sea from an open terrace. 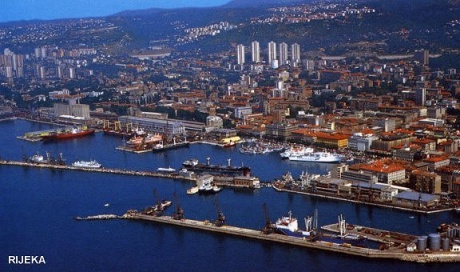 The authorities try to attract more and more tourists by offering them comfortable leisure. A beach called Kostanj Beach Rijeka was organized here in 2008. The water is thoroughly controlled which is an important requirement for big cities. One of the peculiarities of the beach are its special facilities and abilities for disabled persons. Those who value variety will love beaches of Opatija – the town which neighbors Rijeka on the west. They have shingle beach called Moscenicka Draga and a sandy one called Lido.