This small town is famous far away from Croatia. It is an important resort of Makara Riviera. Brela is located 15 kilometers from Makarska and consists of its old part called GornjaBrela located on the hill and the new part called DolnjaBrela which stretches along the whole shore. There is a multi-kilometer pathway at the coast walking down which you can enjoy fresh sea air and pine forests. Besides, you can drop in one of multiple restaurants and souvenir stores. 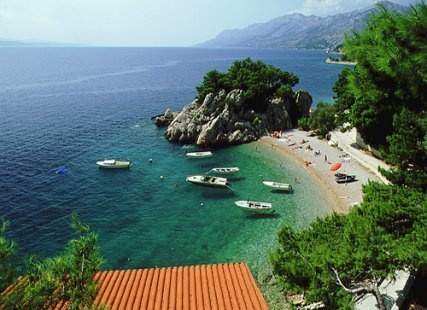 Brela is famous for comfortable shingle beaches, the most famous of which is called PuntaRata, also considered to be one of the best beaches in Croatia. Pine forest at Brela’s beaches reaches the water and the Adriatic sea is noted for clean and transparent water, you can see 50 meters deep, but if isn’t enough for you, than the diving school will let you see more of the underwater world. All beaches of Brela were given «The Blue Flag» award of the EU for clearness of their water area and shore. 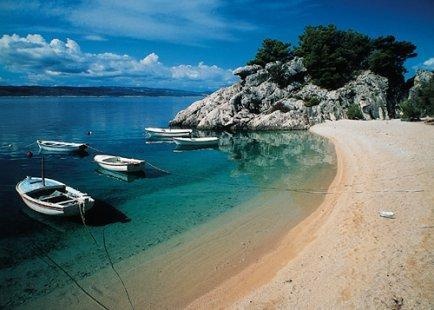 Brela became the champion of the Adriatic Sea in 1986, and was recognized as the best resort in Croatia in 2002, and PuntaRata beach was ranked the 6th best beach in the world by Forbes magazine in 2004. HoteliBrela Holding of four hotels - Maestral, Berulia, Soline and Marina – was given a prestigious award «QualityCommitment» in Paris in 2003. This hotels, which are mainly ranked «four-stars», are beneficially located and meet all requirements of comfort and service. Visitors of Brela say that it is quite simple but good, actually they call it «quiet heaven». 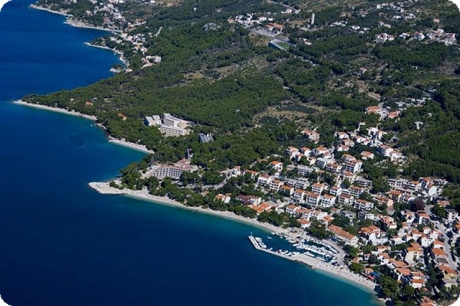 It should be noted, that resting in Brela is recommended by doctors as it can help you improve your health – productive climate and nature conditions contribute to it much.

Brela’s climate consists of many sunny days in a year, average summer air temperature of +30 degrees and water temperature of +25 degrees. Pine and fir forests neighbor tropical plants here, which fill the air with matchless aromas. Winter in Brela lasts from November to March, but even in these months the temperature is not less than + 10 degrees at day time and + 6 degrees at night.

15 kilometers from Brela you can visit the Biokovo Nature Park which was titled a Living Edens Monument in 1984 for its beauty. Not far from the resort tourists can have a look at the unique oak which is more than 1000 years old. 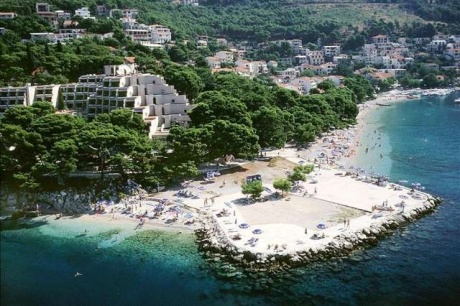 As souvenirs you can buy in Brela traditional national items – carpets, arrases, lacework of Dalmatian islands, national costumes, silk ties created in Croatia, and a very extraordinary souvenir – a fountain pen which was invented here by Slavoljub Penkala. And of course you must bring home marvelous photos, great mood and such enormous value as the improved health.

Tourists that have been to Brela are doomed to envy the locals (there are only 1500 of them) as they are the luckiest people who have chance to view this beauty and breathe the pine aroma every day. That’s no wonder that most of them try to come back here again and again. 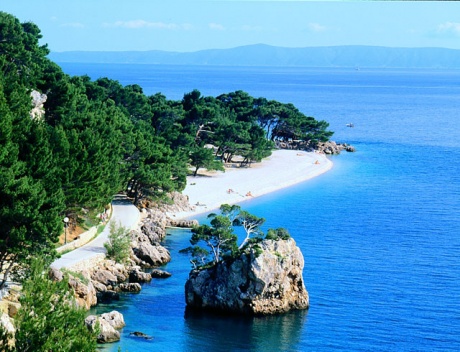