It is a small medieval town where the Cathedral of St. Lovro and ancient walls are preserved. Trogir is a real museum-town founded as a trade factory by Greek Dorians who settled in island Vis in the 3rd century B.C. Trogir was already mentioned by Strabo and Ptolemy. It was reigned by the Hungarian and Croatian King Koloman in 1077. At that time the citizens were freed of taxes, that is why Trogir reached its prime in the 12th – 13th century. In 1123 Trogir was conquered and then ruined by the Saracines but later it was rebuilt. 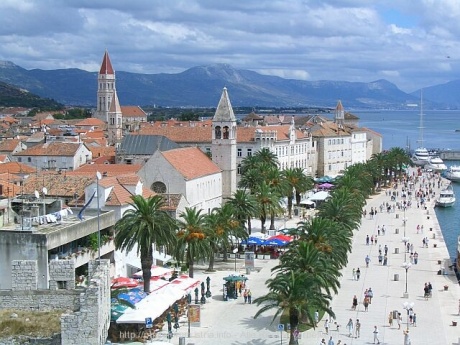 The old town is carved with canals and connected to the continent by a few bridges. A part of Trogir is in the Ciovo Island which is connected to the other part by a leaf bridge. There are many bell-towers and regular towers in Trogir and the town rises above water like a palace. The old town resembles a ship readying to sail off for many ages, its canvas and masts are the towers and bell-towers.

The central historical part of the town is listed in UNESCO’s world heritage. Trogir is popular for rock carving and architecture, numerous churches and museums. The most important of them is the Romanesque Cathedral of St. Lovro (1200-1605). It is listed as a monument of UNESCO’s world heritage. The portal of the Cathedral is a work of art of Dalmatian rock carving and is constructed by famous master Radovan in 1240. 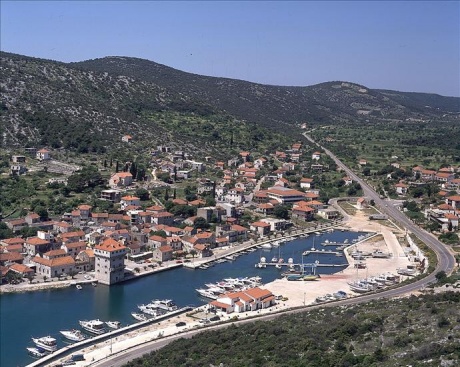 The Church of St. Sebastian (1476) with chiming clock and a tower is located in John Paul’s Square. The façade is decorated in Renaissance style. The church was built by citizens of Trogir who were saved from plague epidemic.

The renaissance Town Hall built in 1471 is located next to the church. It was built by Nikola Firentinac who decided to create a closed gallery with six columns and two pilasters by the sides. In the center of base-relief a Venetian lion is carved, but the master’s work was partially destroyed in 1932. The town’s protectors, bl. Ivan Ursini and St. Laurentius look at the attendets from the top. A modern base-relief made in 1938 by Ivan Mestrovic is seen from the southern part of the building. 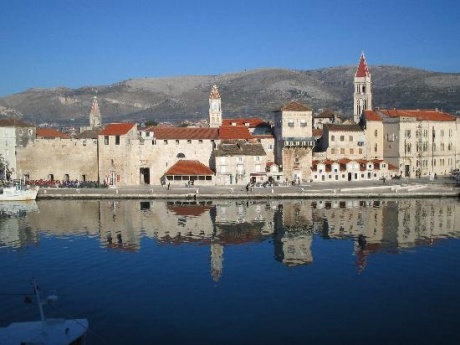 Palazzo Comunale monument is located near the Town Hal in the eastern part of John Paul’s Square. It was being built in the 14th – 16th century and reconstructed in the end of the 19th century in the «old style».

The statue of bl. Ivan Ursini who is the protector of Trogir tops the North Gate. They are the entry to the old town from the continent side. The walls and defends of Trogir were destroyed in the 19th century and now only their ruins survived. Nevertheless the North Gate topped with the statue of bl. Ivan Ursini happened to survive. This sculpture is thought to be built in the 15th century buy Milan architect Bonino.

The medieval town is famous for its charm and comfort. You can enjoy strolling down its romantic streets and looking at its fascinating quay. It is also popular due to mild Mediterranean climate, archipelago of beautiful islands, lush tropic vegetation, clean shingle beaches and availability of fishing, hospitality of its citizens. To get to Split airport you only need to travel 7 kilometers. The distance from the center of Split to Trogir is not more than 30 kilometers. 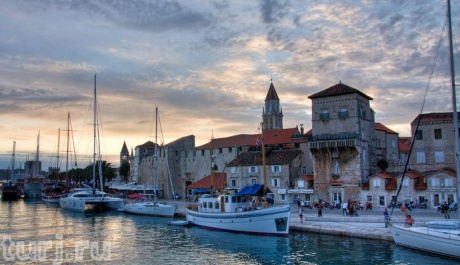