Makarska is the «capital» of Makarska Riviera. This Croatian resort with population of 14000 thousand people is located in the Middle Dalmatia (Central Part of Adriatic coast) between towns of Dubrovnik and Split. Makarska, being one of the best resorts of Mediterranean, is the cultural, tourist and economic center of Croatia. 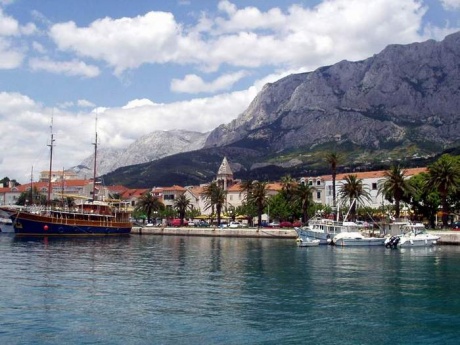 The town is placed in a narrow line between Biokovo Mountains (its highest point is St. Jurai) inside a beautiful natural park. The Cape of St. Peter divides the shore into two coves. The eastern cove between the Capes of Osejava and St. Peter contains a port and yacht docks, and the western cove is a resort area with beaches and long promenade quay called «Marineta» along which cafes, restaurants and stores are located. This place is noted for clean sea, primeval nature, hospitality and cordiality of the locals. Besides, thanks to soft climate you can enjoy all possible water sports almost all-year-round. 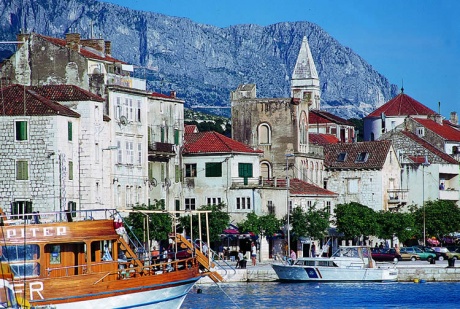 Makarska is connected to the largest Croatian cities by buses and you can easily get to Sumatrin on the Brac Island by ferry.

You should visit the Old Town with its traditional Dalmatian architecture and narrow paved streets. You will find the Church of St. Mark built in the 18th century at the Kasic-Melosic Square and one more church of the same name at the Cape of St. Peter. It was built in the beginning of the 14th century and then completely destroyed. At the end of the 17th century it was rebuilt as a baroque church. 1962 was one more crucial year for it – the church was heavily damaged by an earthquake. The reconstruction works were completed only in 1992. 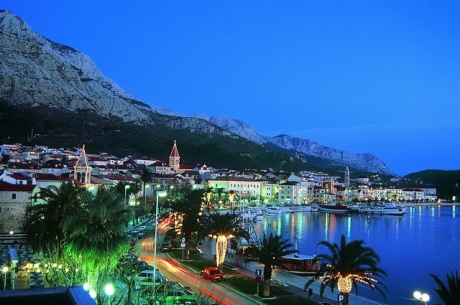 The Franciscan Monastery in the south-east of the Old town was built in the 15th century. It survived multiple reconstructions. Nowadays some of its wine cellars are used by the seashells museum.

Excavations showed that the coastal settlement existed in this region in the time of the Roman Empire and in 533 the bishopric was established in the village which was called Mukurum.

Throughout the 7th century the coastline Весь was populated by Slavic tribes – neretvans (named after Neretva River near Makarska Riviera). Neretvans defeated the Venetian fleet of Peter Kandian in September of 887 and it forced Venice to pay scat to sail in their local waters. Nevertheless the power of Slavs gave out soon. This land was fought for by Slavs, Venetians, Bosnians and the Hungarian-Croatian Kings during a few following centuries. On the 15th – 16th century Makara was a battlefield for Venice and Ottoman Empire. 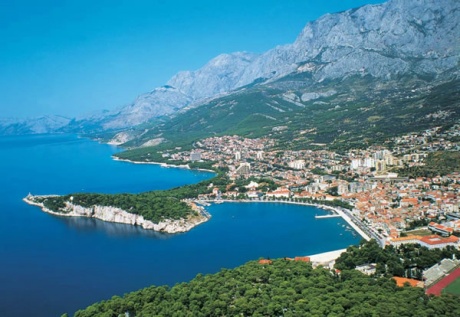 The Turkish won in the middle of the 16th century and ruled Makarska for more than 100 years – that was the time when it became one of the major strong coastal forts which managed to repell numerous attacks of the Venetians. But then, in 1466 the Venetians conquered mkarska again and it officially became a part of the Venetian Empire 30 years after that. During the following 100 years the town expanded and became one of the key locations for Dalmatia and also a place where many on-land and sea trade routes crossed.

After that Makarska was became a part of Croatia at the end of the 18th century and than they both joined Austria. During that period of history of the town it was ruled by the French for a short time but in 1831 it returned under the jurisdiction of Austria.

The first tourist hotel opened in Makarska in 1914 but the town saw its real prime in the 1970s (so did Makarska Riviera). After the collapse of Republic Yugoslavia (in 1990) Makarska and Makarska Riviera became a part of the independent Croatia. 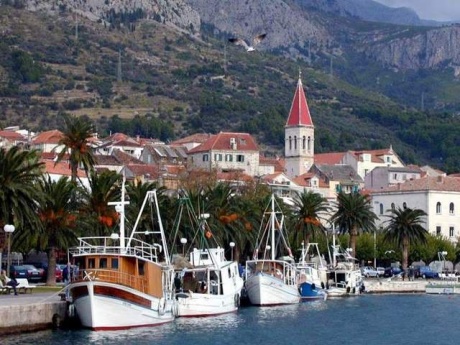 Unlike many other towns of Croatian Dalmatia, Makarska wasn’t heavily damaged during the Balkan wars of 19990s. When the war was over the town and its travel industry saw rapid development. Nowadays Makarska Riviera is one of undisputable leaders of Croatian travel industry.