This is the town which used to be the place where the Croatian kings were crowned. Nowadays it is a tourist center and the heart of the Biograd coast. More than 100 restaurants, pizzerias, grill-bars, discos and modern stores are located here. 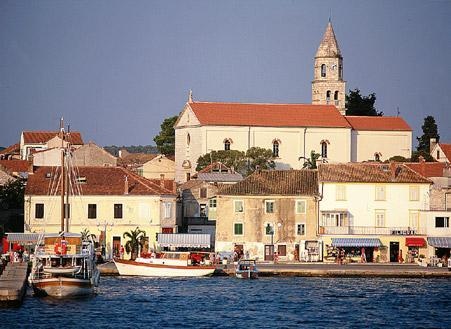 2007 was an especially famous year in the history of the town, it was given the tourist top-award «Entente FloraleEurope». Biograd received the silver award having defeated 26 thousands other candidates and 5600 applicants. This award is given by the European Association for Flowers and Landscapes founded in Brussels to the most attractive places and a wonderful Croatian-Dalmatian place called Promosten was given the main award. Biograd as a Croatian town was mentioned in the 10th century and in 1102 century Croatian kings made it their residence. Koloman was crowned here. 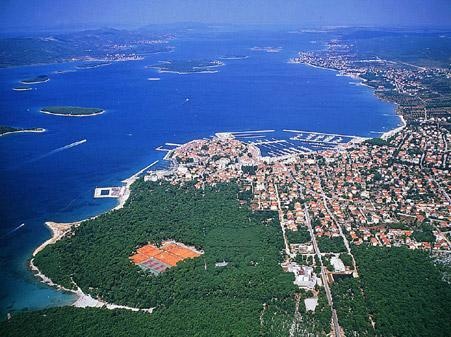 In 1059 Biograd became the center of the bishopric, and the St. Jan’s Cathedral was built there the same year. 10 years later the women’s monastery of St. Thomas was erected here. During the Venetian-Turkish wars the town was heavily damaged. It was ruined by the Venetians in 1125, and was heavily damaged by the invaders in 1646.

Biograd na Moru is a huge port of the North Dalmatia due to its location on both peninsula and continent. This is a lively trade center with ideally organized connection to inner regions of the country surrounded by small towns and neighboring villages. Such a beneficial location – in the center of Croatia at the Adriatic coast – provides perfect availabilities for sea tourism. In the northern of the town Bosana cove is located, Soline – in the southern part, Planac islands are opposite to the town. Soline cove with its sand beaches and pine forests is the traditional place for recreation for many tourists. 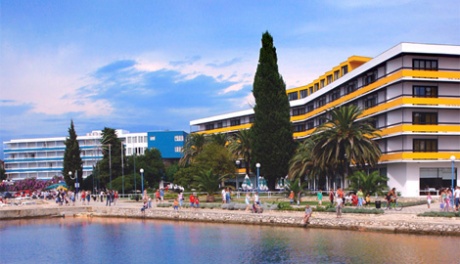 The center of the town used to be located at the small peninsula and was surrounded by walls and circular towers until the 19th century. Ruins of St. Jan’s Monastery were examined and preserved, but the St. Thomas’s monastery only survived in the form of ruins. Ruins of St. Anastasia’s Church which was complimented with additional decoration and unusual altars with gilded wood in 1761 are preserved near the town. The Town Museum keeps systematized exhibition of findings of the prehistoric and early Croatian period and the 16th century cargos lifted from the sunken ships. There are three national parks in the outskirts of the town – Krka, Paklenica и Kornati.

Besides the cultural and historical heritage, Biograd is famous for its scenic shores and outskirts and modern advanced infrastructure. One of the biggest advanced tennis centers of this part of Adriatic is located in this town. 14 lighted clay tennis courts stretch along the beach line in pine forest. Perfect conditions for any swimming types are provided. 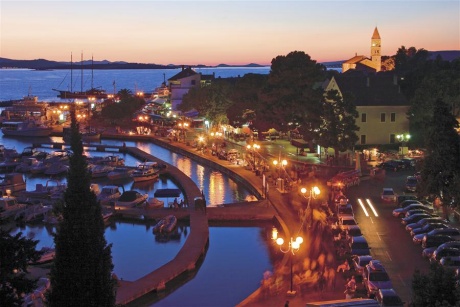 Biograd na Moru is the port of departure for all tourists heading to Kornati. There are active sailing schools and navigational courses available all year long. One of them is located in CrvenaLuka cove which is a tourist base 4 kilometers away from Biograd. You can dock yachts along the pier and anchor in the middle of the cove.

The closest airport is located in Zadar 20 kilometers away from here.