Korcula is a port town located in the peninsula and connected to the island of the same name by a neck of land. In Korcula there are two beaches and scenic bays Banja, Srecica and Vrbovica which are adopted for swimming. For tourists there is no lack of places to stay in – there are rooms, appartments, pansions, comfortable villas here. 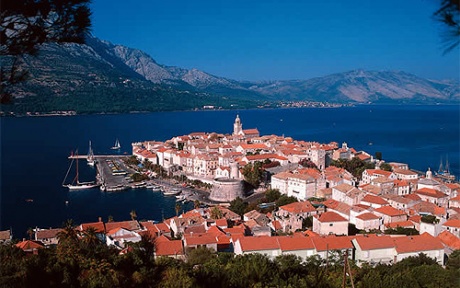 Every July a theatrical show «Moreska» is held here and thousands of tourists come here to see it. This show is a reminder of the Turkish intrusions. Two groups of heroes in old traditional clothes dance and sing songs trying to conquer a princess’s heart. Korula is recognized as one of the best preserved monuments of medieval. Old stairs lead to the old part of the town where two obelisks are erected in honor of dukes. The Cathedral of St. Mark, Chambers of Arneri, Peter and Gabrielis and many other small churches can be visited in the central square of the town. Hear the Cathedral, to the right from the bell-tower, there is the house of famous navigator Marco Polo who was born in Korcula. The center of the town is circled by the walls and towers which match modern cafes and restaurants quite well. 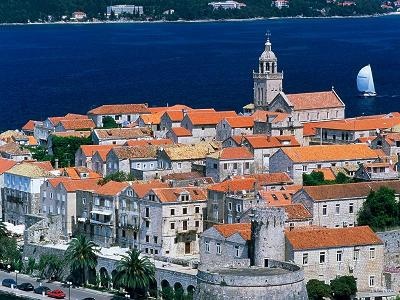 There are eight populated localities on the island. One of them is a small port town in the far eastern part of Korcula which is called Lumbarda. You have to visit it. The old part of the town hangs over the Pervy Zal Bay. The new part stretches along the shore and to the east from here there is Lumbarda field with yellow and red sand where grapes (of which the Grk wine is made then) fruit very well. There is a camping and a hotel with decent range of services here.

In the northern part of Korcula there is a fishing and farming village called Racisce which was a settlement of refugees escaping from the Turkish in the 17th century. Cara is a place on the southern slope of the hill rising along big vinery. Posip grapes, of which the wine of the same nam is made, grow here. 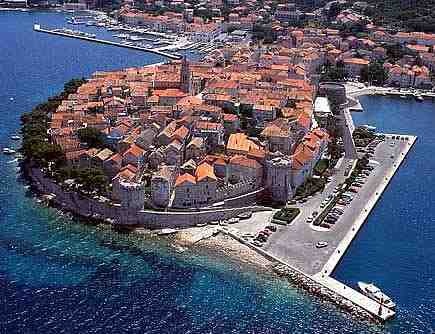 Blato, the biggest populated locality in Korcula, is located 4 kilometers away from the sea. Its citizens are mostly farmers and the dehydrated soil of this place is almost completely planed with grapes. Every year on the 24th of April a theatrical show «Kumpanija» is held on the town square. Here you can listen to gusli.

To the west from the island there is Vela Luka surrounded by high hills. It is ready to offer you its fine cuisine and all conditions for comfortable rest and entertainment. Numerous bays, islands and green olive groves make this place very attractive for tourists from all over the world. 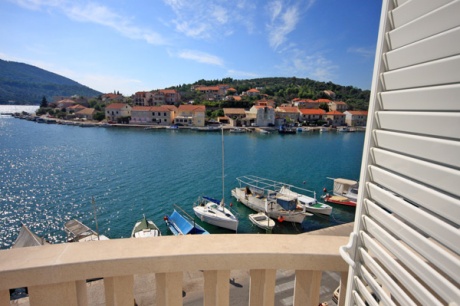